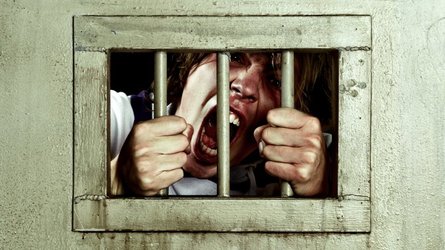 In the nineteenth century, sufferers of mental illness were treated and managed en masse in the asylum. Across Ireland and Britain, the state funded an expansive system of incarceration for the mentally ill, removing them from the care of their family homes. Many women were unfairly sent to the asylum by their husbands and relatives. Mental illness was deeply stigmatised. Living conditions were often squalid. Therapy would nowadays be considered barbaric.

At this event, three Ulster University researchers will recount life in the Victorian asylum. Ian Miller charts the emergence of asylums before discussing the uses of food in the Victorian asylum. Asylum owners were inspired by the belief that healthy minds depended on healthy bodies, and fed their patients well. However, other aspects of asylum life were less fulfilling. Daily life was monotonous; living conditions were often over-crowded; patients usually remained uncured.

In the twentieth century, new shock therapies emerged such as ECT and coma therapies. Rebecca Watterson explores these with a focus on lobotomies and psychosurgery: the surgical removal of part of the brain in the hope of curing mental health issues. Finally, Michael Kinsella ask why nineteenth-century patients from the north of Ireland travelled to Scotland for asylum care, rather than staying locally. Was this to avoid local stigma? Or were facilities much better in Scotland?